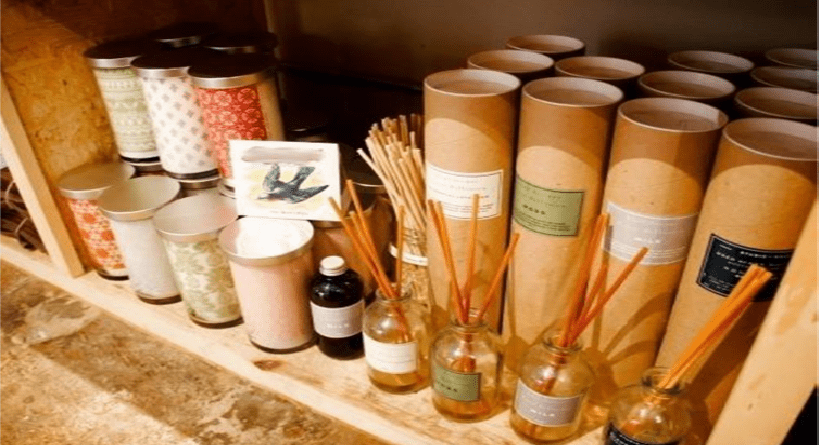 Incense – the godly fragrance
The word ‘incense’ comes from the Latin word ‘incendere’ meaning “to burn”.The fragrant smoke or the aroma produced when a biotic material is burned, is the Incense. It has been used historically in both, pragmatic and mystical capacities. Used majorly during spiritual prayer meets, meditation and rituals, while some also use it to kill insects. The pleasant aroma produced by the burning incense has been believed to appease the Gods (spread the pleasant scent) and to keep the demons (or bad odour) away from the surroundings.

The aromatic materials used for making incense are plant-based and may include flowers, barks, seeds, roots and resins. These materials present in the incense are responsible for producing that fragrant scent around, when burning. Charcoal or wood powders are most commonly found in such products.

Different forms of Incense
Incense can be differentiated on the forms and degrees of processing, i.e., ‘direct burning’ and ‘indirect burning’ types.

Direct Burning Incense
These types of incense are the combustible ones and are lit directly by the flames. Once lit, it continues to burn without any external application required. 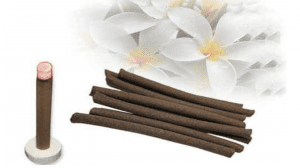 It is available in various forms:

Indirect Burning Incense
This is the ‘non-combustible’ incense that requires a separate heat source to keep it alight. These substances produce brief, but intense scent. The most common material found in these non-combustible incenses are resins frankincense and myrrh. Frankincense means “pure incense”, though in common usage refers specifically to the resin of the Boswellia tree. 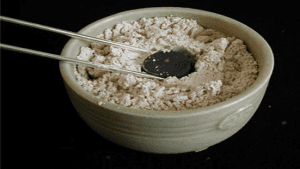 Cultural Variations
Incenses have been used since ancient times, even dating back to the Egyptian Civilization and the Indus Valley Civilization. Since it is majorly used for spiritual purposes, South and East Asia are two regions with cultural application in modern times. 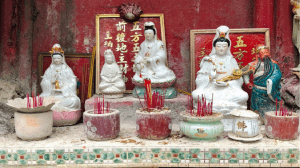 Chinese
For over 2,000 years the Chinese have been using incense in producing their traditional medicines, and also in their religious ceremonies, ancestor veneration, and daily life. Buddhism had a major influence on the introduction of incense to the traditional Chinese religion.

Indian
Incense sticks or Agarbatti are very commonly used in traditional Indian ceremonies, marriages, house warming, and prayer meetings. These sticks are bamboo-made which is also prevalent in Tibetan culture and in Nepal. In West, this method of bamboo production is used too, but it is strongly associated with India.

Tibetan
Tibetan incenses are the common type found in Tibet, Nepal and Bhutan. The ingredients used in these incense sticks are cinnamon, ashwagandha, clove and kusum flower.

Japanese
In Japan, incense is occasionally used in the traditional tea ceremony, and in calligraphy arrangement. Agarwood and Sandalwood are the two most common ingredients found in these incenses, with the latter being used mainly in the tea ceremony.

Incense – products you can buy 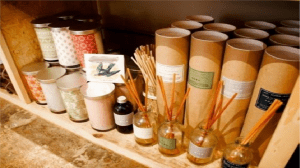 Incense products have been very popular since many decades, for both practical and ceremonial practices. The ingredients for these products are withdrawn from varieties of trees, bushes, herbs, grasses, fruits, berries and flowers, which is responsible for the therapeutic effect produced on burning them.

The products mainly available include:

Incense and it’s benefits
Incenses are believed to give a relaxing sensation to the mind due to its aromatic ingredients and scent. The religious use of incense is to create a meditative and peaceful environment. It is considered to create a spiritual ambience that is deemed perfect for mystical practices.

The aromatic ingredients are believed to provide the following benefits:

Burning incense sticks is an ancient exercise that can help you in many ways. It could be wise to identify what you need it for so that you can know the variety to choose from. After that, it is advisable to do proper research to get the best one that will help you realize the maximum benefits from it.