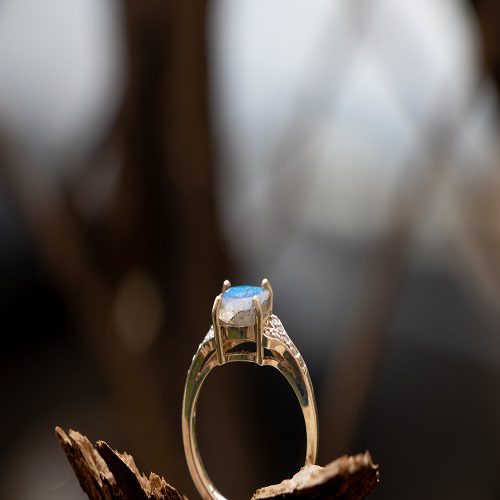 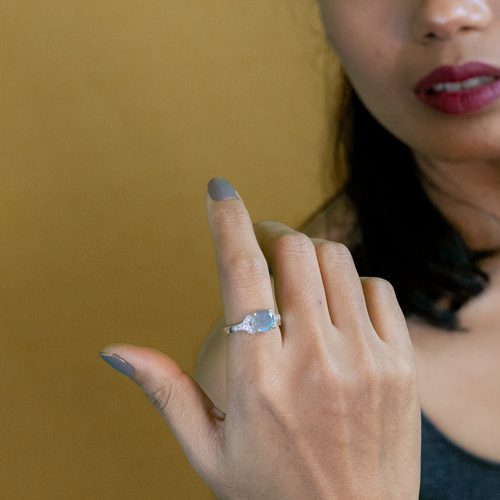 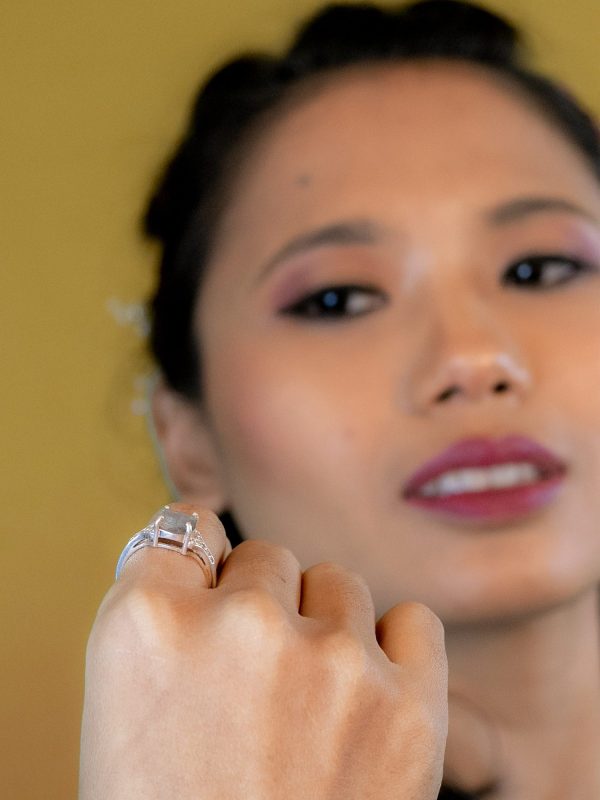 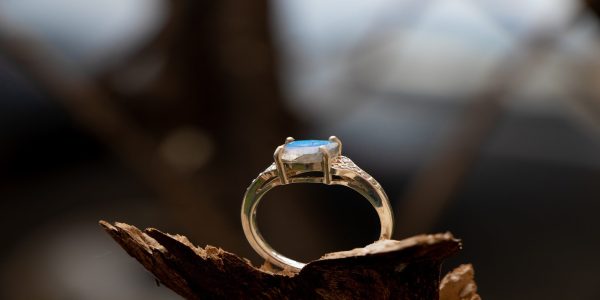 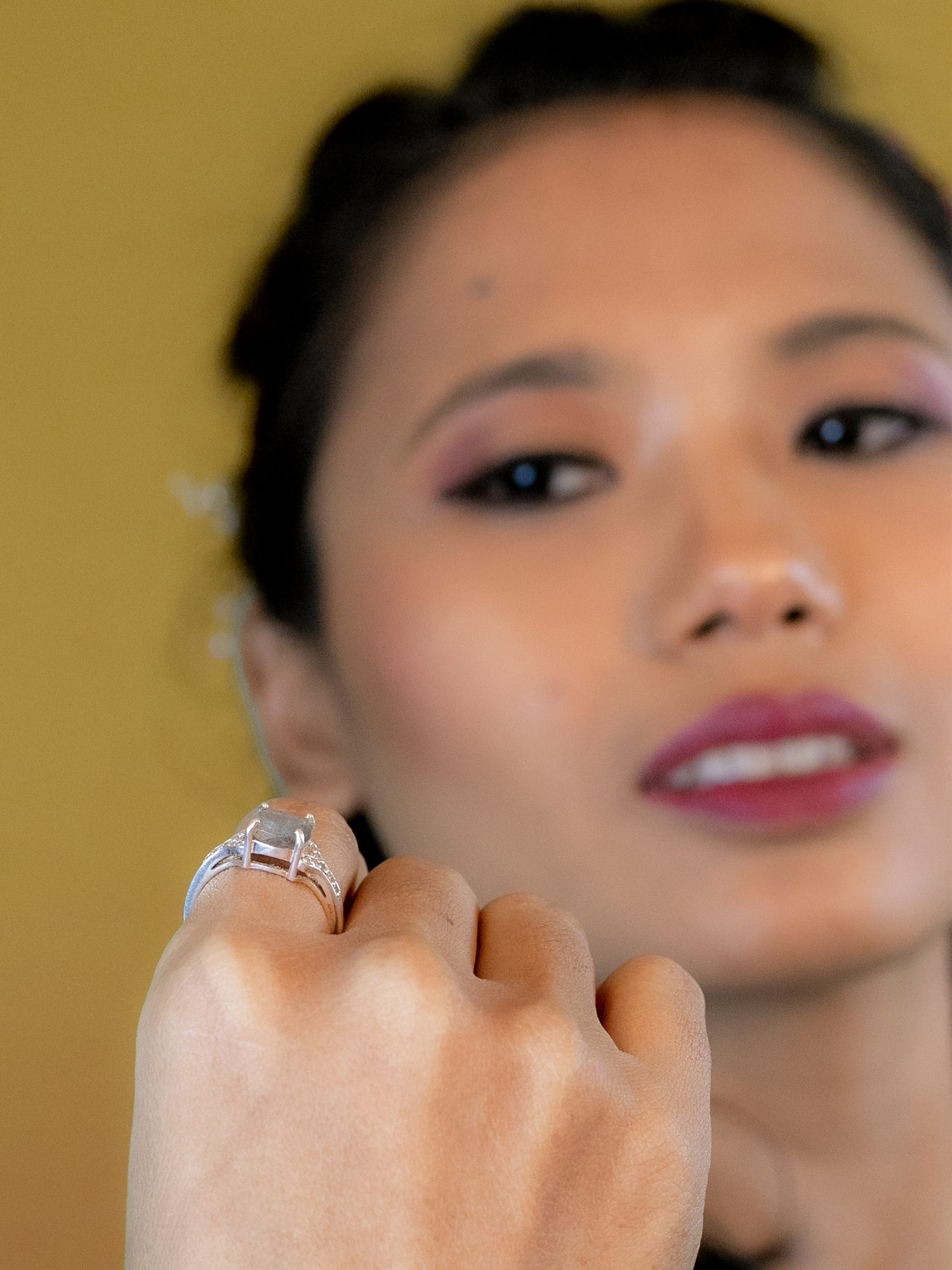 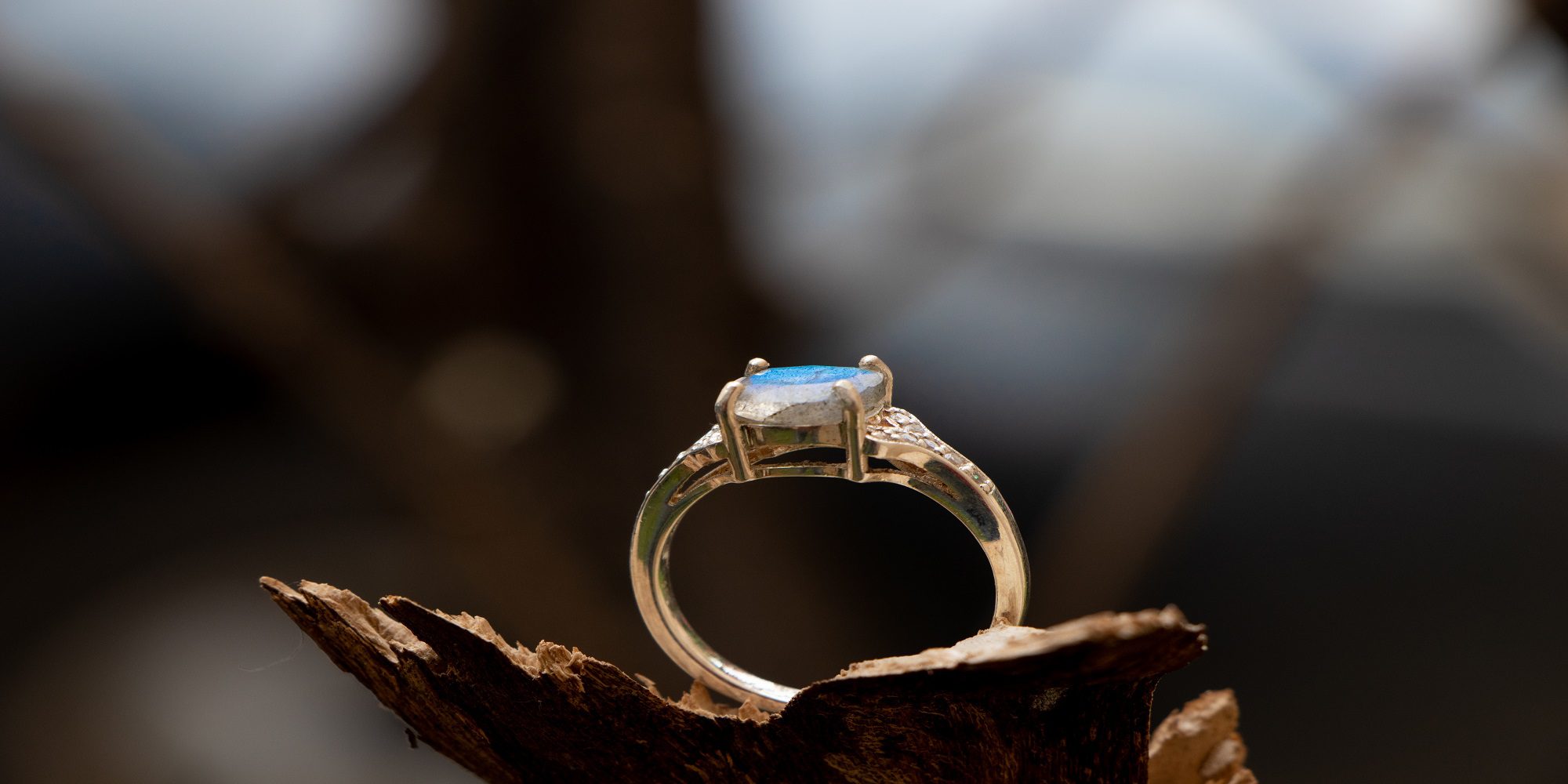 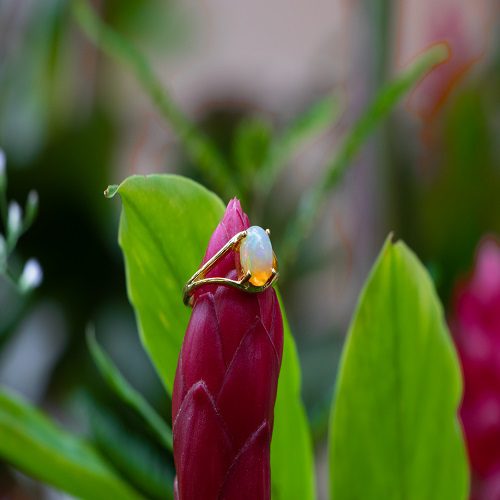 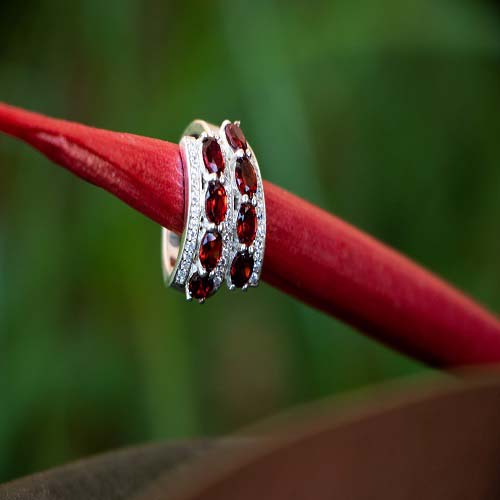 Feldspar, the class of minerals that makes up the majority of the earth’s crust, includes labradorite. Labradorite has been a highly sought-after stone for usage in jewellery ever since it was discovered.

Paul’s Island is where labradorite was first discovered. This island is located in north-eastern Canada’s Labrador. Its name comes from the Labrador Peninsula, a region that was once a source of a particular type of feldspar stone used in Canada.

Although labradorite is not regarded as a traditional birthstone, some sources contend that it is frequently connected to August births, as well as February and March in some instances.

A very spiritual stone, labradorite is thought to be especially beneficial for those who tend to overwork. This is why the stone is used frequently to cultivate “inner magic” and is linked to protection, strength, and intuition.

How to care the Laborite Ring?

We suggest cleaning labradorite with a straightforward procedure involving mild dish soap, warm water, and a microfiber cloth. Wipe the stone’s surface gently after soaking the towel in warm, soapy water. In order to prevent soapy residue from remaining, be sure that all of the soap has been washed out.

There are no reviews yet.

You've just added this product to the cart: