Palmistry: Know the Meaning of Triangle Shape on your Palm

Palmistry: Know the Meaning of Triangle Shape on your Palm

The lines on a person’s hand, according to astrology, provide information about their destiny. In addition to lines, the palm contains a variety of signals that provide numerous details about the nature of the individual and his life.

Despite being challenging to understand, palm reading, also known as palmistry or chiromancy, is one of the most widely valued practices (pun definitely intended). In a nutshell, palmistry is the practice of interpreting personality traits and foretelling future events by examining the physical qualities of the hands. Hands are regarded as windows in palmistry that reveal priceless information. However, Let’s examine the fundamental principles and methods of palmistry online in the section that follows, along with some advice on how to develop your own style.

What is the triangle mark on the palm?

On the palm, a triangle is created by three straight lines intersecting. They may even be slightly at odds with one another. Palmistry rarely uses symbols like triangles, squares, stars, or crosses. If they are, though, they could be a warning or indicate a sign of talent, good fortune, or an occasion. The majority of the time, a mount’s marks draw attention to it in a way that is either wanted or undesirable.

When determining what some of these markings represent, such as whether they are a combination of other lines that overlap or one that stands alone, will require a thorough eye. Due to its tendency to appear in conjunction with the crossing of center lines, the triangle is one that many people mistakenly identify. It is useless if that is the case.

What does a triangle in palmistry mark mean?

It is said that a triangle that is clearly visible on its own or when connected to a line bestows karmic support, a boost in power, or talent in the targeted area. It’s a good indicator of when existing problems are resolved. Triangles are frequently small in size, but it doesn’t matter (Backed by traditional palmistry).

Running across the palm, connected lines can form triangles that can provide important information about a person’s personality and future. An equilateral triangle is formed on the palm by the intersection of three lines. Your palms forming a triangle could indicate both positive and bad things for you.

However, because different places have distinct meanings, it depends on where the triangle is constructed. Examining the additional consequences of triangulation at various locations on your hand will help.

Prior to going deeper into the significance of the shapes on our hands. Let’s first talk about the different hand kinds and how important they are for palm reading.

Types of Hands in Palmistry:

In palmistry, there are four fundamental hand forms, each of which is linked to a certain element (fire, water, earth, or air) and its corresponding characteristics. The four elements are also a part of astrology, yet your hand type could not match your astrological profile. In contrast to your solar sign, which is Aries (a fire sign), your hand shape may indicate that you are a water sign, providing subtle insight into the subtleties of your nature. 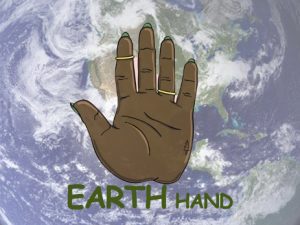 Short fingers and square palms are characteristics of earth hands. These hands are frequently hard, substantial, and fleshy. Practical, sensible, and grounded people are known to have earth hands palmistry. Although safe and dependable, they tend to become overly preoccupied with their present circumstances, which eventually makes long-term planning and achievement more difficult. 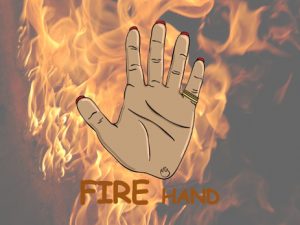 A fire hand will have a long palm and small fingers. These hands frequently exhibit distinguishing wrinkles and bumps. People with fire hands palmistry in their hands are renowned to be ardent, self-assured, and diligent. They are motivated by their desires, and when they’re having a terrible day, they could lack subtlety and empathy. 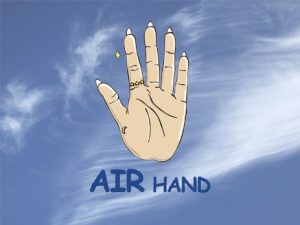 Air hands are often bony, with jutting knuckles, square palms, and long, spindly fingers. This hand type represents intellectually curious people who naturally possess analytical and verbal talents. People with air hands are quickly distracted, and if they aren’t stimulated, they could get tense or agitated. 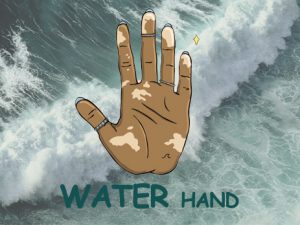 Lengthy palms and long fingers are characteristics of water hands. These hands have a generally thin appearance, are frequently soft to the touch, and feel slightly damp. They enable those who possess them to be in touch with their feelings, intuition, and psychic aptitude. These people are frequently artists who are motivated by empathy and creativity. Additionally, due to their high level of sensitivity and vulnerability, they can easily have unpleasant interpersonal tension.

The triangle, also known as wedge, is one of the most meaningful motifs in palmistry. It is found at different parts of the hand. Its meaning and interpretation varies according to where it is located.

Click on Here for : Triangle Meaning in Palmistry According to Their Position. 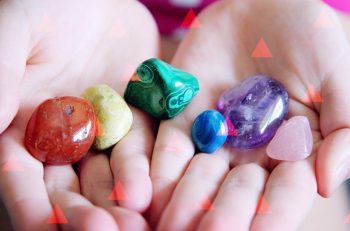 Triangle Meaning in Palmistry According to Their Position

Triangle in the sun’s mount - An equilateral triangular shape on the Sun mount is a sign of sincerity in one's... Read More