What is Astrology? Types of Astrology

What is Astrology? Types of Astrology

Since the dawn of time, humans have looked to the stars for direction. Astrology has actually been practiced for thousands of years. Many people still research how celestial bodies affect human behavior, despite the fact that it is no longer recognized as the academic tradition that it once was. Over the previous few decades, interest in astrology as a whole steadily increased, laying the groundwork for today’s seeming abrupt rise in popularity.

The definition of astrology as a whole is the idea that astrological occurrences, such as the constellations you were born under or the fact that Mercury is in retrograde, have the capacity to affect our daily lives and our personality traits. Of course, this is extremely dissimilar to the study of astronomy, which is the objective investigation of the physics of the cosmos, space, and celestial objects. The ability to predict one’s future or provide daily activity guidance through horoscopes is one specific component of astrology that is particularly gaining popularity.

Here we are going to discuss the three main types of astrology. The contrasts between a few of the most popular astrology techniques currently in use.

Both Western and Chinese astrology use 12 symbols or signs to convey a specific meaning, and both systems are based on the day and time of birth. However, each practice is distinct due to some variances. The main characteristics of Western astrology are listed below.

Vedic astrology, also known as “Jyotish,” literally translates as “the science of light.” The Vedas, one of India’s most ancient spiritual texts, which dates to between 1,500 and 2,000 BCE, are the source of Vedic science. Vedic astrologers are well known for their spiritual wisdom as well as their astounding prescience.

Want to know more about Is Vedic Astrology effective? What are the Astrological Relationship Remedies?

Chinese astrology is a little more complicated than they appear to be.

If you are looking for a solution to your relationship problems, visit our website. We have provided a platform where you will get readings from top astrologers . Contact us at lineologyglobal.com

Also download our app at Google Play or the App Store. 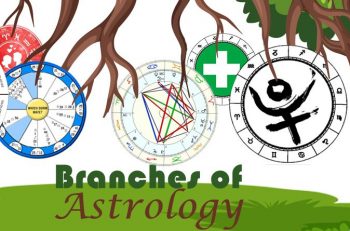 Natal Astrology: You're probably most familiar with natal astrology. It is based on your natal chart, which displays the positions of... Read More